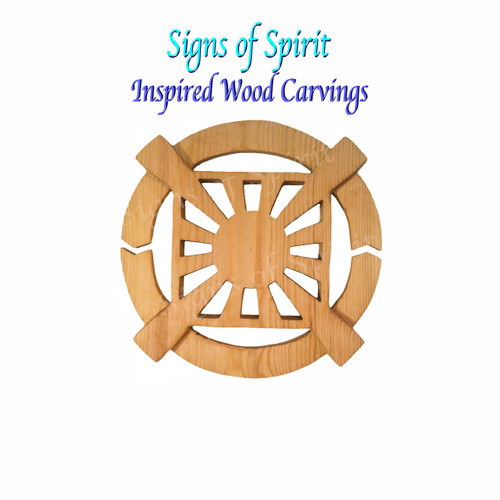 The Tongil ("Unity" or "Unification" in Korean) mark represents the flag of "Cheon Il Guk"—otherwise understood as the Kingdom of Heaven on Earth. It is created with significant meaning and numbers:

The Circle in the center represents God and his True Love, True Life and True Light; Those four elements reach out or radiate from this origin to the whole cosmos in twelve directions.

The Twelve lines represent 12 months of the year and twelve types of human personalities. Historically, the number twelve has been important in God's dispensation; for example, Jesus had twelve disciples. The significance of the symbol, then, indicates that truth (the Principle) is able to spread out in twelve ways. According to Father, the structure of the heavenly kingdom is also patterned after this basic system; i.e., twelve tribes and twelve character types.

The Circle Around represents give and receive action between the visible and invisible worlds.

Each church organization (local, state, national) should use the symbol in appropriate circumstances; for example, in prayer rooms, on the front of the church center, or on signs.