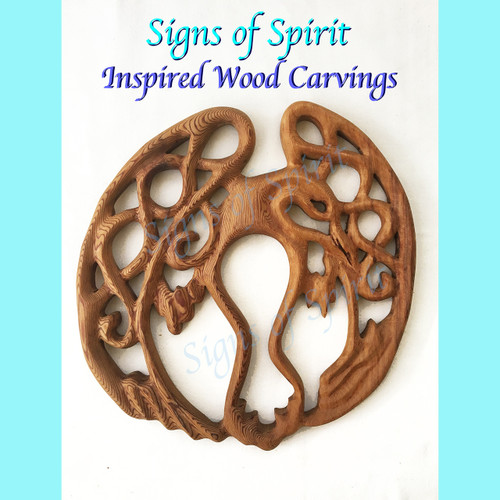 MEANING: Ravens are highly intelligent and clever mimics. They mimic and use the calls of other species in their own ’vocabulary’ and can show us how to understand ‘animal language’. Ravens have been known to learn some human words also.

In many cultures Raven also represents deep magic, the mystery of the unknown, death and transformation, creation, healing, wisdom, protection, and prophecy.

Raven is the fatal touch of the Calleach in winter, the wisdom of Odin, the vessel of prophecy given to a seer, the mighty protector of the Western Isles, and the healing message of an Indian shaman.

Raven is a complex bird, both in nature and in mythology…below are snippets of Raven Story…

Northern Europe
The pagan Danes and Vikings used the raven banner on their ships, in Odin's honor. These flags, usually sewn by the daughters of great warriors and kings, were tokens of luck on their voyages. Houses where ravens nested were also thought to be lucky.

Odin had two ravens - Huginn (thought) and Muninn (memory) who flew about the world, delivering messages, gathering knowledge and reporting back to him. one of Odin's many titles is Hrafna-Gud, the God of the Ravens. Odin's daughters, the warlike Valkyres, were sometimes said to take the shape of ravens. Odin's ravens represent the powers of necromancy, clairvoyance and telepathy, and they were guides for the dead.

Among the Irish Celts, Raven was associated with the Triple Goddess, the Morrigan, who took the shape of Raven over battlefields as Chooser of the Slain. She was a protector of warriors, such as Chuhulian and Fionn MacCual.

Raven is also the totem of the pan-Celtic Sorceress/Goddess Morgan le Fay, who was also called the Queen of Faeries. In some tales, she is Queen of the Dubh Sidhe, or Dark Faeries, who were a race of tricksters who often took the form of ravens.

"To have a raven's knowledge" is an Irish proverb meaning to have a seer's supernatural powers. Raven is considered one of the oldest and wisest of animals.

Also a bird of wisdom and prophecy, Raven was the totem of the Welsh God, Bran the Blessed, the giant protector of the Britain, the Isle of the Mighty. After the battle with Ireland, Bran was decapitated, and his head became an oracle. Eventually Bran asked to have his head buried in what is now Tower Hill in London to protect Britain from invasion. Bran's Ravens are kept there to this day, as protection against invasion. During World War II, Tower Hill was bombed, and the ravens were lost. Winston Churchill, knowing full well the ancient legends, ordered the immediate replacement of ravens, and they were brought to Tower Hill from Celtic lands - the Welsh hills and Scottish Highlands.

Raven was the favorite bird of the solar deity, Lugh (Irish/Scots), or Lludd (Welsh) the Celtic God of Arts and Crafts. Lugh was said to have two ravens to attend on all the His needs (similar to Odin and his ravens).

Many Celtic tribes and clans descend from animals. An ancient clan called the Brannovices, the Raven Folk, once existed in Britain. To this day, the Glengarry MacDonalds of Scotland have a raven on their heraldic arms, and their war cry is Creagan-an Fhithich - Raven's Rock, a landmark on their ancestral lands.

The Scottish Goddess of winter, The Cailleach, sometimes appears as a raven. A touch from her brings death.

Giving a child his first drink from the skull of a raven will give the child powers of prophecy and wisdom in the Hebrides.

In Cornwall, as in England, King Arthur is said to live on in the form of a raven, and it is unlucky to shoot one.

Shamans know the power of an unexpected piercing sound in shifting consciousness. Ravens have this power, giving out varied sounds, and can assist us in shifting our consciousness into various dimensional realms. Hence this is a reason why the raven is referred to as a shape shifter with magical powers. ‘Raven people’ can expect continual changes and spiritual awakenings throughout their lifetime.

Some native tribes refer to them as the ‘keeper of secrets’. They are linked to the void, where universal secrets are kept. Obviously, their black colour is the colour linked to darkness, the place where unconscious fear resides. Ravens are master magicians and represent transformational energy, revealing to us how to rid ourselves of our inner fears. Raven will show you how to go within in yourself, into the dark areas and then illuminate them, making you ‘sparkle’ and bringing out your true self. Inner conflicts should then be resolved, however long buried they are – this is the deepest healing.

If raven has flown into your life, then magic and healing abound. Raven awakens the energy of magic, linking it to our will and intention. With Raven, you have the ability to make great changes in your life – now is the time when you can take the thought and make it reality. Raven knows the mystery of life, they are strongly linked with death and rebirth. Remember not to be fearful of Raven, rather give thanks for the teachings he brings. Raven chooses its student according to their knowledge. They usually stay as long as needed to help transmute karma, returning you to the light. They will lead you into the discovery of your multidimensional self and reunite you with the secrets of the multidimensional universe.

Our carvings are single pieces of western red cedar, designed and carved to be wall hangings.  Each piece is finished with a blend of clear oils that brings out the natural color of the wood.  For more information on the process of creation, please see my profile.

SIZE: One picture has the piece on a quilting board, lined up on the 1 inch marks. Follow the green lines to the left and bottom. But wait!  The carving is offset by 1 inch so that it doesn’t cover the numbers…subtract 1 inch from the height and width for the stock size. Measurements may vary slightly from piece to piece.

MSRP:
Was:
Now: $58.00
The pictures you see here are stock photos. What you get will depend on what we have in stock. If there are no others in stock, the time to shipping will be increased. If you desire and request something (for example) dark, we will pull the darkest board we have, but it will not necessarily be as dark as (for example) walnut would be. Western Red Cedar is the species from which roofing shingles, decks, and gazeboes have traditionally been made. It is resistant to mold, moisture, and insects. The oiling process also helps to block out damaging UV rays of the sun, so our carvings can be hung outdoors. Please be aware, that even with the oiling, the carving will eventually gray out, as any cedar will, if it is placed in direct sunlight.   SIZE OF THE CARVINGS: The stock carvings are limited by the size of the board that starts the carving process. As the initial piece is 1 in. x 12 in., (in reality 3/4 in. x 11-3/4 in.) one side of the carving will be no greater then approximately 11-1/2 in.