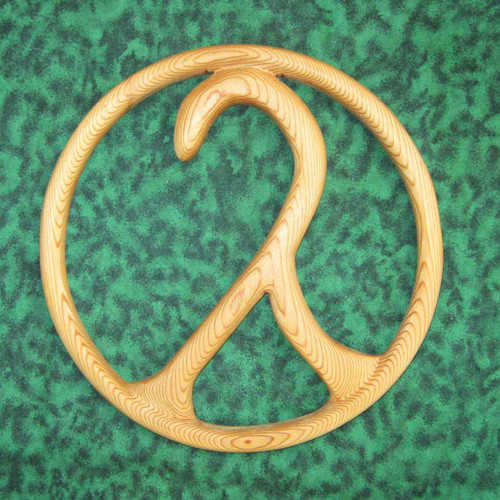 MEANING: The Greek letter for “sameness”, Ancient Spartans regarded lambda to mean unity. The Romans called it the “light of knowledge shed into darkness of ignorance.” The lower case Greek letter lambda was the symbol was originally chosen by the Gay Activists Alliance of New York in 1970. The GAA was a group which broke away from the larger Gay Liberation Front at the end of 1969, only six months after it's foundation in response to the Stonewall Riots. The GAA wanted to focus their efforts more concisely on only Gay and Lesbian issues. The lambda soon became a quick way for the members of the gay community to identify each other. The reasoning was that the lambda would easily be mistaken for a college fraternity symbol and ignored by the majority of the population. It was adopted in 1974 by the International Gay Rights Congress in Edinburgh, Scotland as their symbol. Even though at one time the Lambda acquired a strictly male connotation, it is used by both gays and lesbians in todays GLTB community. This ancient symbol has been incorporated into many fields in mathematics, science and engineering. It has also found popularity in the science fiction genre...from the class of a transport vehicle in Star Wars to the symbol for Stargate Earth. THE CARVING: My Carvings are single pieces of western red cedar, designed and carved to be wall hangings. Each piece is finished with a blend of clear oils that brings out the natural color of the wood. For more information on the process of creation, please see my profile. SIZE: One picture has the piece on a quilting board, lined up on the 1 inch marks. So subtract 1 inch from the height and width for the stock size. Measurements may vary slightly from piece to piece. Please contact if we don't have your country listed for shipping outside of the U.S. International orders will be sent Parcel Post.

John Lennon We All Shine On Wood Carving with Sunburst